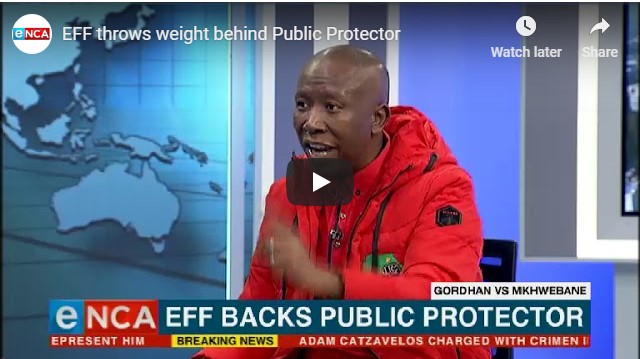 The EFF has thrown its weight behind Public Protector

The EFF has thrown its weight behind Public Protector, Busisiwe Mkhwebane, and has even offered her legal assistance. She’s come under fire after her report found that outgoing Public Enterprises Minister, Pravin Gordhan, acted improperly. This was for approving former Sars deputy commissioner Ivan Pillay’s early retirement. Mkhwebane’s recommended that President Cyril Ramaphosa take action against Gordhan for violating the constitution. A number of groups have come out in support of Gordhan. In response, Gordhan’s approached the courts to ask for a judicial review. EFF leader, Julius Malema, joins us live to discuss his party’s position on the matter. Courtesy #DStv403