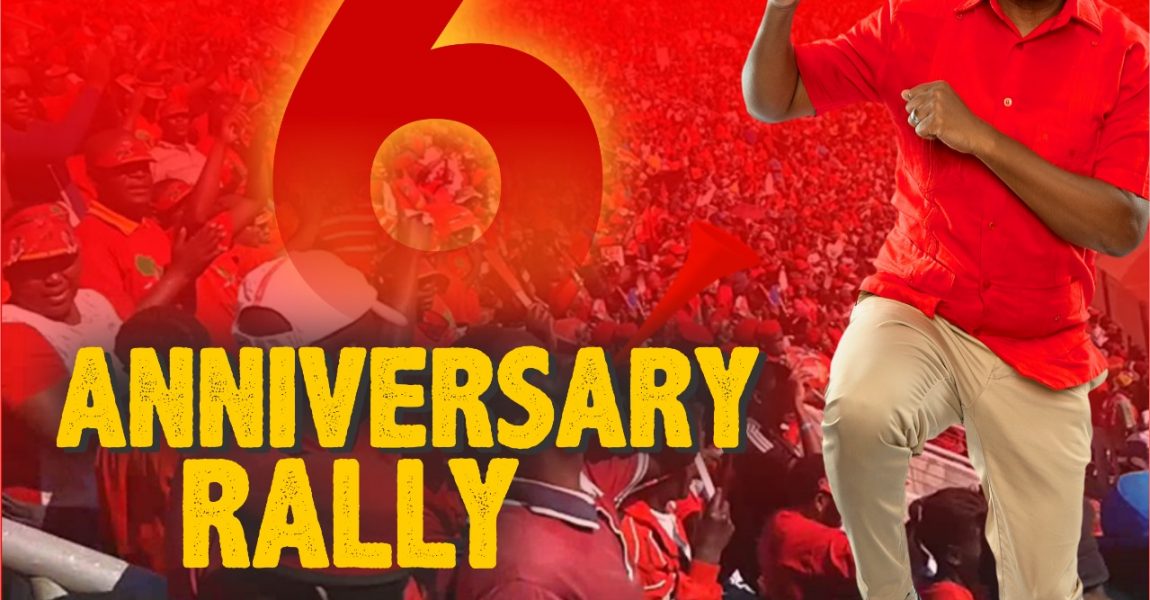 MEDIA IS INVITED TO RSVP FOR THE EFF 6TH ANNIVERSARY CELEBRATION

Monday, 22 July, 2019
The EFF invites all media houses to RSVP for the EFF 6th Anniversary Celebration taking place on the 27th of July 2019. All journalists and other related staff must send their full
name, name of publication or broadcaster they work for, and cellphone contacts to the following email address: [email protected]

The Stadium site visit and accreditation will take place under the following details: 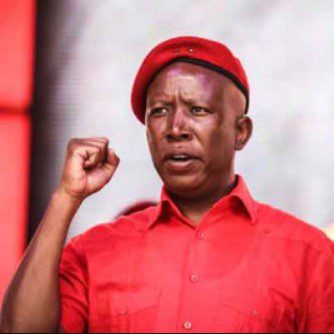 Thursday, 18 July, 2019
The CIC Julius Malema will address the media to respond to the plan by the SACP to protest in defense of the Rogue Unit. The address will take place under the following details:

The CIC Julius Malema will appear at the Pretoria High Court regarding the matter of the constitutionality of the Riotous Assemblies Act.

ISSUED BY THE ECONOMIC FREEDOM FIGHTERS:

The  EFF calls  for a people’s  development oriented  budget speech. We call  on the Minister of Finance,  Tito Mboweni,  to include the  following Nine points:

EFF STATEMENT ON THE ASSASSINATION THREAT ON THE CIC JULIUS MALEMA

The  EFF has  received media  enquiries regarding  an assassination threat  on the life of the CIC,  Julius  Malema which  had been planned  to be executed during  the 2019 State of the  Nation  Address yesterday.

The  security  threat implicates  elite members of the  police, who are in collaboration  with right wing  groups  to take  the life of  the CIC, in an  attempt to undermine  the advances on the expropriation  of land without  compensation discourse,  that will soon be law.

We  are told  that the Parliamentary  Security Service, a.k.a “white  shirts”, have been infiltrated by  these  groups and  targeted the  occasion of the  SONA to execute the  assassination. The hope  was that  the EFF caucus  would be kicked out  of the house ,using the  parliamentary security  (white Shirts).  The anticipated evil  acts would then be carried  out during this moment of  chaos.  The EFF  can confirm  this and any  further inquiries  regarding this threat  must be directed  to the SAPS  and the minister  of police.

Accordingly,  when the CIC,  Malema, and the  EFF leadership were  unreasonably stopped by   these  white shirts  in parliament,  after the house  had been adjourned,  we all thought this was   the  moment  and reacted  with the necessary  self-­defence. The event  of a white security man  in  black  and white,  being pushed  and clapped in  the face, followed  him violently pulling  the CIC  Malema,  from passing  through the corridor  doors of the National  Assembly.

We  must  put it  on record  that according  to the Powers, Privileges,  and Immunities of Members  of Parliament  Act, Section 7  (c), no one is allowed  to obstruct MPs in the precinct  of parliament  from going anywhere  to do their work. It  is illegal and those who  do security in the precinct  should be  well aware of  these provisions.

The  EFF is,  nonetheless,  not moved or  intimidated by these  reports of a security  threat. The basis  for not  turning SONA  into a Question  and Answer session,  as communicated in our   January  press conference,  is because President  Cyril Ramaphosa complied  with our

demands.  We had said  he must come clean  in the BOSASA money that  he has received;; and communicate  this in an open  media platform. He  not only did so at  the ENCA, he also

released  his statement  to the Public Protector  regarding the matter. This  proves him as a man who  does not  think of himself  as above the law,  because all of us must  be accountable and never  take parliament  for granted.